Kyrgyzstan and Kazakhstan aim to raise trade to $2 billion

The senators of the two republics discussed the prospects for building up trade and economic ties. 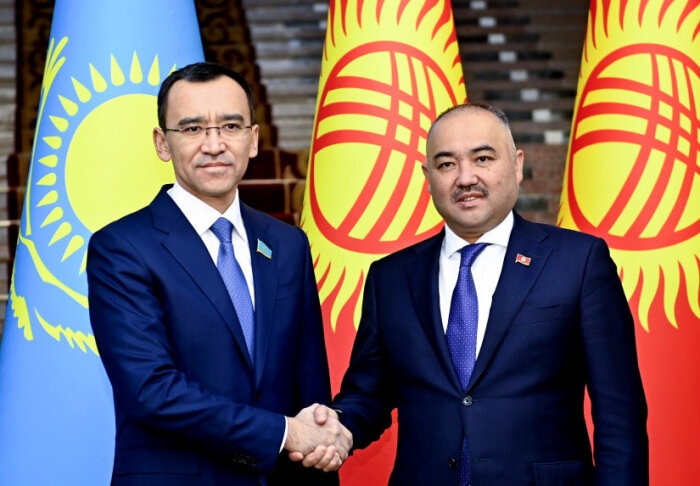 The authorities of Kazakhstan and Kyrgyzstan intend to raise bilateral trade to $2 billion. The heads of the Parliaments of the two states had a narrow-format meeting during the visit of Chairman of the Senate of the Parliament of the Republic of Kazakhstan Maulen Ashimbayev to Bishkek, the press office of the CIS Inter-Parliamentary Assembly reported to SNG.Today.

The parties intend to expand economic cooperation and plan to create an industrial trade and logistics complex. The parliamentarians discussed the construction of the Cholpon-Ata-Almaty highway and the re-launch of the Kichi-Kapka-Besagash checkpoint and considered holding the first interregional forum for building up cultural and humanitarian ties.

Ashimbaev noted that Kazakhstan and Kyrgyzstan have great potential of interregional cooperation. He expressed belief that this area should be enhanced and used it as effectively as possible. Noting that special attention should be paid to building up contacts between the border regions of the two states, the Chairman of the Parliament of Kazakhstan said the impetus in this area would have a positive impact on the population of these regions.