The assistance will be provided by the J. Paul Getty Museum. 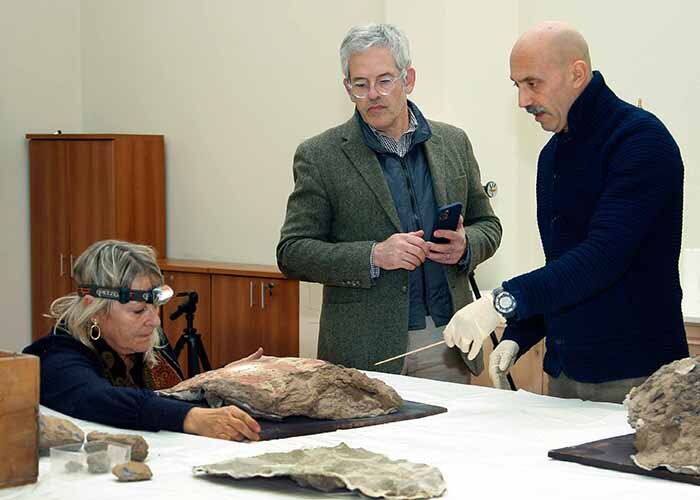 Representatives of the J. Paul Getty Museum (one of the world’s largest and most prominent museums located in Los Angeles, California, USA) arrived in the capital of Turkmenistan. They will assist the State Museum of the Central Asian country in the restoration of a fragment of the head of a Buddhist stupa. It was reported to CentralAsia.news by the press office of the Turkmen institution.

Foreign experts will conduct a full three-dimensional scan of the fragment. It is important to note that the find was discovered by archaeologists Zamira Usmanova and Gennady Koshelenko in Merv in the second half of the 20th century. The work of ancient art made of raw clay dates back to the fifth century.

American specialists will stay in Turkmenistan for several days, until January 28. They will exchange experience with local experts, acquaint colleagues with information about the J. Paul Getty Museum, hold master classes for students, and visit Ashgabat museums.

A fragment of the head of the Buddha statue is currently kept at the State Museum of the State Cultural Center of Turkmenistan. Its restoration will be implemented as part of a joint project of the respective museums within a grant from the Ambassadors Fund for Cultural Preservation.