Minister of Trade Kudratov meets with British Ambassador to Uzbekistan

The interlocutors discussed the current state and prospects of trade, economic and investment cooperation between Uzbekistan and the UK. 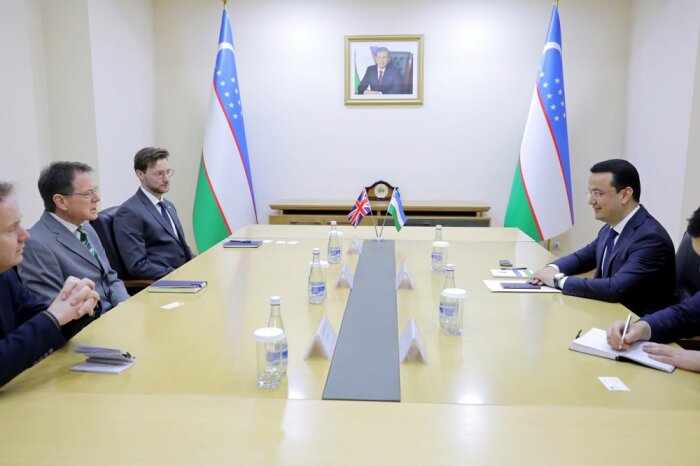 On January 19, Minister of Investments, Trade and Industry of Uzbekistan Laziz Kudratov met with Ambassador Extraordinary and Plenipotentiary of the United Kingdom to Uzbekistan Timothy Torlot to discuss the ways of building up Uzbekistan-UK cooperation in the trade, economic and investment sectors through the implementation of joint projects, the press office of the Ministry reported.

Uzbekistan-UK economic cooperation is demonstrating steady growth. In 2022, trade increased by an average of 15 percent and reached $203.2 million. The countries are going to expand partnerships through diversifying the Uzbek exports to the UK.

Noting the success of investment cooperation, the interlocutors noted that over the past few years the enterprises with the share of the UK capital in Uzbekistan has increased by 50 percent; the two countries are interacting in the agricultural, food and pharmaceutical sectors.

They also considered involving the financial institutions Standard Chartered and UK Export Finance in the implementation of joint projects in the metallurgical, mining and rail transportation industries.

The interlocutors discussed the outcomes of the meeting of the Uzbek-British Trade and Industry Council, which took place in Tashkent, and the agreements on cooperation in education and the banking sector signed at the meeting.