The Prime Minister informed about the measures for integrated development of the regions of Kyrgyzstan. 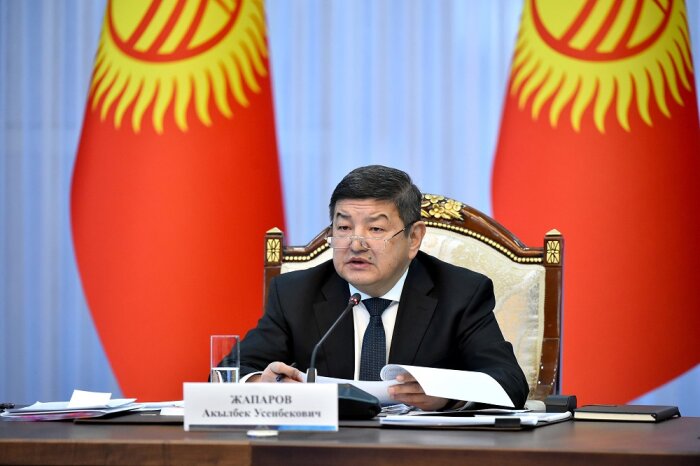 On January 20, Chairman of the Cabinet of Ministers of the Kyrgyz Republic Akylbek Japarov informed about the integrated development plans of the regions, including the development of the industrial sector, at the republican meeting with the heads of regional state administrations and local governments, the press office of the Government of Kyrgyzstan reported.

Japarov informed about the launch of construction on two modern wholesale agricultural markets in Issyk-Ata and Kara-Suu Regions, 7 hospitals, 100 schools and 10 kindergartens.

The authorities promise to build 10 km of the Balykchy-Kochkor railway, purchase more than 30,000 tonnes of bitumen and 300 units of road construction equipment and build over 400 km of asphalted roads.

The Prime Minister said small hydropower stations would be put into operation, and clean drinking water would be supplied to more than 50 villages and 3 towns.

It is planned to consider the implementation of the One Village — One Product Project in all the regions of Kyrgyzstan that was implemented in Issyk-Kul Region as a pilot region.