The Chairman of the Cabinet of Ministers noted that the nominal growth of the consolidated budget amounted to 190.6 billion soms. 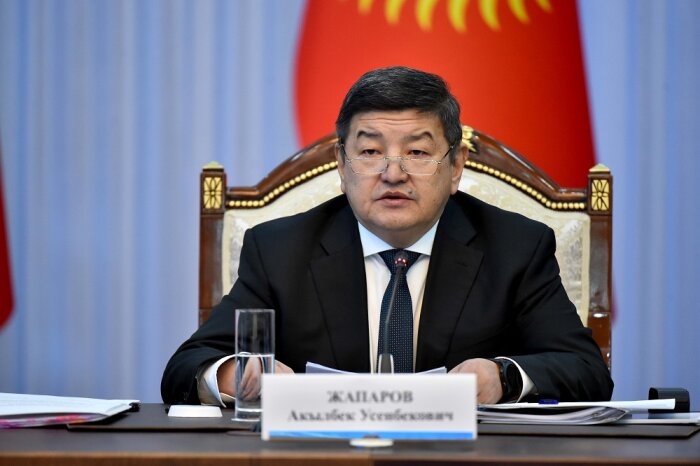 On January 20, Chairman of the Cabinet of Ministers of the Kyrgyz Republic, Head of the President’s Office Akylbek Japarov said the Republican Budget 2023 was approved in the amount of 500 billion soms at the republican meeting with the heads of regional state administrations and local governments, the press office of the Government of Kyrgyzstan reported.

The Chairman of the Cabinet of Ministers said the combined financial, fiscal and monetary policy made it possible to earn 919.4 billion soms and achieve the growth rate of 107%.

This indicator is leading compared to the neighbouring countries and the EAEU Member States Japarov noted.

Though salaries and pensions were raised and substantial funds were allocated to develop the construction and agricultural sectors, strengthen military capabilities and pay off the public debt, Kyrgyzstan has 16.2 billion soms left at the end of the year, including 9.9 billion soms in budget funds.